just click here to jump directly to the main part of this piece.

1. The only way the Democrats can win is to have non-white voters vote for them.

3. "African American voters have picked the eventual Democratic nominee in every presidential primary since 1992" (from here) 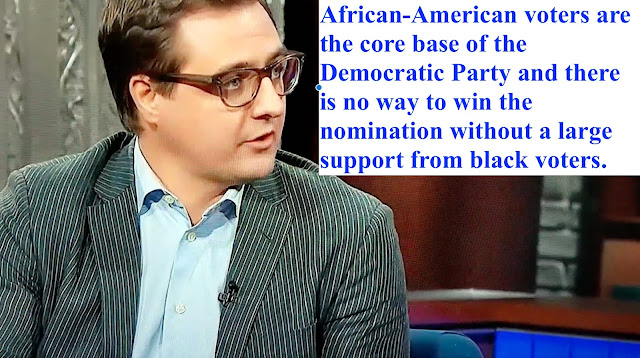 Why non-white voters should give away their power to people who in reality have not been delivering on their promises for decades? 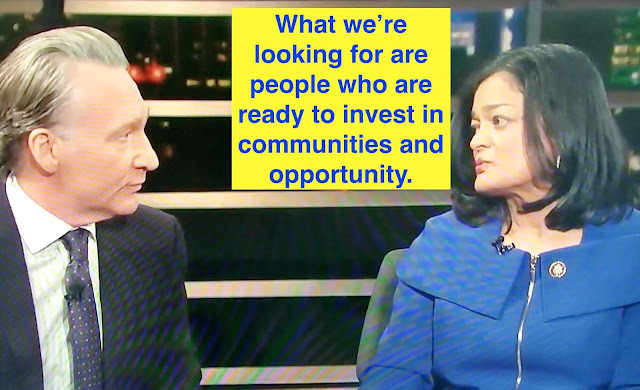 Why keep looking for those people?

Start from thinking about this.

So – why?
Well, for starters I'm smart (just a fact), educated, and experienced, and I care deeply about the future of this country.
I want to prevent the transition of this country from another former Empire into another newly born third-world country.
I’ve been living in this country since 2002, and for at least the last 10 years I've been watching how it has been sliding down, moving farther and farther away from social and economic prosperity (except a tiny sliver of the population).
Manufacturing, roads and highways, bridges, infrastructure, public transportation, public education, the quality of services and goods have been in a constant state of a gradual decay/decline/degradation.
I hoped that the American elite would see this decline and would do something about it.
But I was wrong.
In 2016 it has become absolutely obvious how deeply has the degradation of American elite become. The way the Democrats have been acting since then only strengthens this view.
That is why I started my writing.
I have good education. I seems that I know history and sociology better than some of the advisers of the last and current democratic Presidential contenders. And as a foreigner I can see things missing from the eyes of a person born and grown up in America.
So, the better question is why shouldn't an African American listen to me?
One could say: “Because you're white”, and that would make him or her racist.

“Because you're smart and look down on me”.
Well, being smart does not automatically make me arrogant. I don't look down on the people – just ask my students. Being smart makes me a good teacher. I do like challenging people who are convinced that they know everything about everything (and do not know the difference between being nice and being polite). But in general, I don't tell people what to do - I tell people what I would do, and why I think that would be a smart thing to do. And I always open for a counter-argument.

One could say: “I shouldn't listen to you because you don't know my life”.
I know your life – it’s bad, or it’s not good, or at least it isn't good enough. Poor jobs, poor education, low wages, long hours, no health insurance – that, I think, paints the picture. I don’t need to know the details to give my view on what to do about it.

“You can’t know my life; your life was simple and easy”.
If you think I don't know hard times in my life, you are wrong. I went through the crush of Russian economy having a little child to feed.  And when I moved from Russia to Boston I changed my status from a director of an institute to a janitor. And getting even that job wasn't easy; I spent two months hunting for any job, having just $300 in my pocket. So, I know what a hard time is and how it feels. And I know how to get through it – because I did.
If you want to know more about me, spend some time on more reading:
Dr. Voroshilov: from A to Z
Dr. Voroshilov: A Peek Inside!
The Degradation of The White Male American Elite

“My ancestors were brought into the slavery against their will”.
And so were the slaves of Egyptians, or Romans, or Vikings, or Mongolians, or of the Germans during World War II. In fact, the "reparation psychology" ("they owe us"!) is one of the factors (psychological) that prevents some African-Americans from acting ("I'm not gonna do anything until they give me mine ..." - but time goes and no one gives, and why would they if no one makes them?).
BTW: the approach based on guilt - "we/you (whites)'ve been bad and now have to pay for that" - is wrong, socially and psychologically. "The son shall not bear the iniquity of the father" - remember? The reason for giving special attention (starting from economic/monetary one ) to socially and economically deprived classes of society is that ALL social classes/groups will benefit from that.

In our mind we all are special; our history is always special for us. But in reality, nothing is new in the history of mankind.

But more importantly, even if Your case is really special – the question is what do you do about it?

“My ancestors were slaves, they were brought into the slavery against their will, they lived in brutal conditions, treated badly, lied upon, and more, and that is why I …”

How do you finish this sentence?

Do you at least vote?

Voting is the bare minimum democracy allows everyone. Yes, the Republicans make voting as hard as possible. But what do you do about that?

There are many excuses not to vote.

“I don’t have time to vote, I have family to take care of, a demanding job”.
Of course. And BTW, there are people who want it for you - for ever. So you would not have time or energy to do anything else. So, when you do not do anything else, you do exactly what those people want you to do. Free time does not "grow on trees" either, one has to fight for it.

“I don’t want to vote for people I don’t know”.
Well, learn about them.

“I don’t like any of them. And I don't want to learn about those people, I don't trust any of them, they all are liars”.
Maybe they are, maybe they aren’t. Making a decision – any decision including, “to trust or not to trust” – always, ALWAYS(!) takes some risk. Every new action always has uncertainty –  no one, NO ONE(!) can ever guaranty the outcome. But indecision, no action only means – NO CHANGE. Want change? Act!

People who do not act because they cannot take a risk – just once in a while, when that really matters – do not deserve the change they wish to have.

ANY excuse against voting is no more than just an excuse.

“I don’t have it but I want it!” is a wishful thinking. Maybe praying helps. But mostly – not. Changes only happen via actions.

Politicians only pay attention to people who have power. In politics, there are only two sources of that power – money, or voters.

When everyone says “I will vote! No matter – what!” politicians finally start paying attention to the voters.