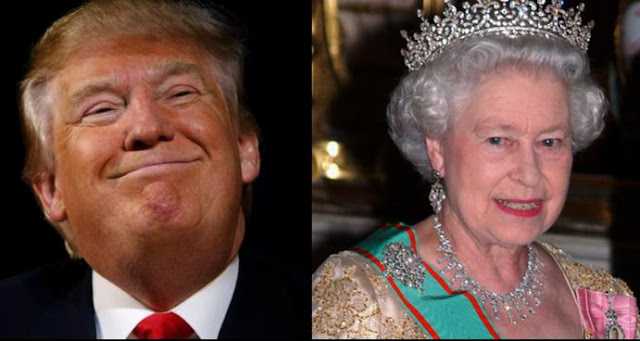 This post was written in 2016 and originally posted on another web-site (there are more pages there from that time). However, the current discussion of the health of Donald Trump makes this post relevant again.

Donald Trump is a fighter, there is no doubt about that. I bet, when he started his campaign, even he did not expect the victory (what a shock he must have had on November 8th!). After being featured in nine movies, running a popular TV show, a run for the Presidency of the United State seemed like a natural and final step in his career as an entertainer. That would bring to his huge ego a new wave of attraction he would get from people, which would peak all the attraction he had had during his whole life.
If Trump starts a journey, he goes all the way. His goal is to win. There are no rules.
Fight. Hit. Adrenalin.
It is not Trump’s fault that he became the President.
It is not even the fault of people who voted for him.
The blame must go to the establishment of the Democratic party.
I have a large post on this matter and the rest of this piece is not about it.
I want to address an issue which none of the news outlets addresses.
Donald Trump will NOT be our President.
Well, formally he will.
But in actuality he will NOT.
Have you seen pictures of Obama eight years ago and now?
Do you see what to be the President does to a person?
The President has to do a hard actual work, which requires 24/7 a huge amount of physical and intellectual power.
Anyone who thinks that Donald Trump is capable of reading (forget about writing) long and complicated documents is just delusional.
I dare everyone who voted for Trump to take a piece of paper and write: “I voted for Trump because …” and add at least 5 specific reasons. On the back side of this page write “In four years my life will be better …” and write at least five specific improvements you expect to happen in your life. Save this paper and take it out in four years.
The best-case scenario, he will become America’s “Quinn Elizabeth”. Which, as we all know, was the actual plan of his team. When Trump became the nominee, the team was looking for people who would run internal and external political affairs, leaving Trump “making America Great Again”.
The worst-case scenario, Trump will become America’s Leonid Brezhnev, or Boris Yeltsin. Both of them during last years of their reign did not do any actual governing. Trump is already out of the governing – he cannot govern any more even his own Twitter account.
Why do you think the FBI became a “Trumpland”? BFI detail has been watching 24/7 both – Hillary and Trump. They saw who was easy to be manipulated and who not. Hence, FBI was not rooting for “an iron lady”.
When a silent voter casted his (mostly) or her vote for Donald Trump, it was an act of “screaming”: “I exist, you mother f*&%^#@rs! I hate you and I want you to go!”. They saw Trump as a “King Kong” who will destroy “those f#$%&*ing corrupt establishment pigs”.
Firstly, I doubt that the same people would vote for Trump if they saw him as a puppet incapable of actual governing. This image could have brought a real opportunity for Democrats to beat Trump – if they were smart enough to see it.
Secondly, there is only one way to fight corruption – it is making a society as open and transparent as possible. This is just a historical fact: the more decisions are getting brokered within a narrow circle behind closed doors, the higher and wider the level of corruption. When a government starts cracking down on media outlets criticizing it – this is it; it is corrupt; and the more cracking down is happening, the more corrupt the government is. People who for four years have been sitting on a couch waiting for crumbs of prosperity would trickle down to them, and when it did not happen channeled their anger and frustration by electing a “Big Gorilla”, have to look in a mirror and ask: “Hey, why didn’t you vote in any local elections, or primaries, or didn’t participate in town halls? What have you done on an everyday basis to make America greater than it is now?”
Anyway, let’s go back to the original question: who will be the actual President of the United States?
Who, despite the fact that NO American voted for him (I am absolutely positive – it will be HIM), will de facto govern the country?
Who will be America’s “Grigori Rasputin”, or possible “Vladimir Putin”?
This is what I would like to hear from the people on a TV screen.
Because, it is very probable, that that person will indeed become America’s “Vladimir Putin”.
I will not be surprised at all if in a year or two Donald Trump gets ill (President’s work is hard, too hard!). For a while Mike Pence will take over the White House. But then the real puppet master will emerge.
Would be nice to get to know him as soon as possible.

P.S. As we eventually learned, the real president of the United States of America is  Jerad Kushner.