How Is The Third Program of the USSR Communist Party Related to Education Reform in the USA?

On October 31st, 1961, the XXII Summit of Communist Party of USSR unanimously accepted The Third Program or the Party (communist historians say that the first one was completed when Bolsheviks took over the Russia, the second one was completed when the USSR developed a solid economical foundation).
For three years before the Summit more than a hundred of the top USSR scientists, historians, sociologists, and party officials had been working on the Program.
The Full List of The Publications on The Methodology of Teaching Science

Table of Content /  List of Posts
Months before the Summit the draft of The Program was published for a public discussion. Almost forty-four million people participated in open discussions on the local levels. Almost thirty thousand comments had been received and more than five thousand of them had been published as examples of what people say about The Program.
The program starts from the description of Communism as an ideal society which will be achieved in the USSR within twenty ears.
We all know that that did not happen.
I know about this because when I was a university student I had to take “Scientific Communism”, a subject designated for describing what Communism is, why it will inevitably replace all current societies, and how to achieve it; the study included reading all major Party documents.
Nothing was scientific about it. It was purely ideological subject mostly based on communist propaganda (neither Marx, nor Engels or Lenin left many details about Communism, and Soviet philosophers had to write about it almost from scratch).
Nowadays, every time when I read a document describing pathways for education reform in the U.S. I have a Déjà vu.
The latest document I read was “A Blueprint for R.E.S.P.E.C.T. (Recognizing Educational Success, Professional Excellence, and Collaborative Teaching)” (at http://www2.ed.gov/documents/respect/blueprint-for-respect.pdf) .
It is filled with words like “envisioning”, “developing”, “emerging”. It gives a shiny description of an ideal teacher, a perfect teaching environment, an exemplary social infrastructure.
We can read that “Effective teachers and principals are career-long learners”, and “Effective educators have high standards of professional practice and demonstrate their ability to improve learning” (didn’t we know this ten or even thirty years ago?).
Long story short, the document states that:
1. We need to have many more good teachers and principals;
2. In order to attract top talent we have to respect good teachers, pay them more and offer a career path;
3. Communities should be involved in education;
4. Teachers should work in teams;
5. We need effective teacher preparation programs.
6. We all – teachers, officials, parents – should share responsibility for advancing education and provide leadership in doing that.
7. To achieve all that we need more money (specifically, five billion dollars).
Anyone familiar with many reports on education issued over the past two – three decades would find these seven points very familiar because in one form or another they are being repeated again, and again, and again, and again.
In a way they have become a mantra, or a slogan, or a banner for most of the reformers.
All reports share the same logic: “Other countries do better, we suck, this is what is wrong, this is what we want, we need more money”.
There might be some light deviation in the views on “what is wrong” and “what we want”, but the end the solution is always the same – more money to education.
And I am not saying that education does not need more money – it does, but the result of the use of those money does not depend on its amount, but on its distributing (how it is being used).
Evidently, the current distribution is not effective.
Since NCLB billions of dollars had been spent on education and now reformers call for spending more billions.
None of the reformers mention the fact that the U.S. already spends more money per a student than the most of other countries (http://www.cbsnews.com/news/us-education-spending-tops-global-list-study-shows/).
If we stop chanting the mantra and take a look at the facts “we have to make a conclusion that the amount of money invested in education does not matter as much as the way it is spent (i.e. distributed). If we want to avoid another decade(s) of spending hundreds of millions of dollars and not seeing a significant improvement in learning outcomes of students, we need to analyze the reasons for not having a significant improvement in the past.” (“Becoming a STEM Teacher”, Chapter 7).
Money is a huge factor, but even more important factor is how the money is being spent.
In a way, all reformers acknowledge the importance of an efficient money distribution, for example, when talking about establishing more charter schools, or pushing for a merit pay for teachers, or investing in more efficient teacher preparation programs.
But they ignore that statistic shows that only one in five charter schools outperform regular public schools, and that there is no statistically unambiguous evidence that a merit pay works (e.g. according to Dale Russakoff; http://www.amazon.com/The-Prize-Charge-Americas-Schools-ebook/dp/B00AXS6BIE). 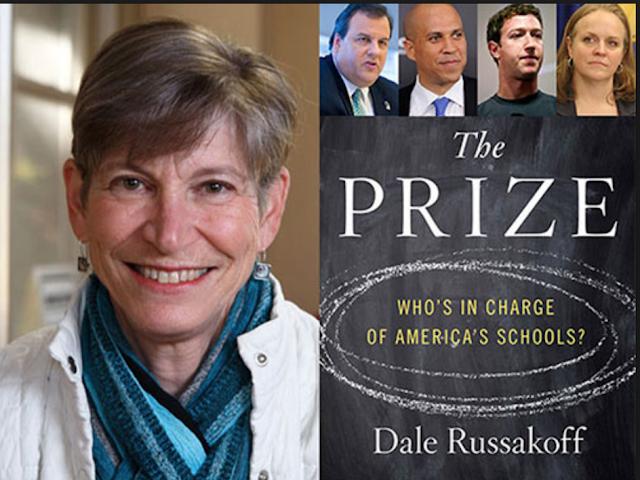 
Table of content
P.S. Another set of arguments is available here