If Liberals Won’t Enforce Borders, Fascists Will
(a word from and to David Frum) 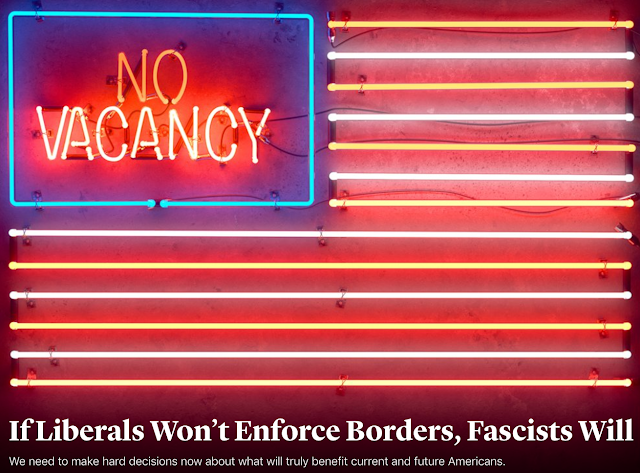 III. Further reading
Knowledge Is NOT Power. At Least In Politics.
"He who has eyes, let him see". But what should "She" do?
"Why Didn't I Win", by Elizabeth Warren (2020)
American Republicans are just Russian Bolsheviks!
The Only Way To Defeat White Nationalism Is To Embrace “Black Nationalism”
The Dawn of The Era of Dictatorships; Explained by The Systems Theory.
The Degradation of The White Male American Elite
By Dr. Valentin Voroshilov at March 11, 2019