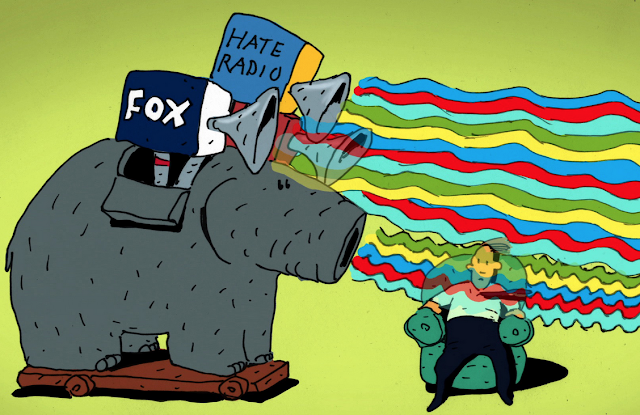 (This is a re-post from my old political blog, original date was July 6, 2017)
The fog machine is working and is very effective.
People are debating what health care plan is god, bad, or ugly.
No one seems to get to the roots.
And the roots are very simple.
1. The globalization  had resulted in that many white Americans lost their highly paid jobs - and NO one (neither Republicans nor Democrats) know what to do about it, so they do nothing, but blaming each other.
2. For the last decades (at least) the American demographic has been drastically changing in such a way that non-white Americans soon should become the majority (http://www.epi.org/publication/the-changing-demographics-of-americas-working-class/).
Everything so-called “conservatives” do is to prevent the white soon-to-be-minority from losing the political power.
Gerrymandering, voter suppression, unreasonably strict anti-drugs laws was just the beginning.
Conservatives have been quietly building up a brainwashing media machine.
If you think FOX News, or Breitbart – you are wrong. Those guys are not quiet.
Think Sinclair (https://en.wikipedia.org/wiki/List_of_stations_owned_or_operated_by_Sinclair_Broadcast_Group); check the latest John Oliver’s piece on it (https://www.youtube.com/watch?v=GvtNyOzGogc).
BTW: what do Democrats do about it? Nothing. They do not have any vision. Thy just happy that more people get upset with Trump and express their anger. But what do Democrats do now what we could called NEW and SIGNIFICANT? Nothing. They just keep doing the same thing again and again and waiting for new result to happen, but just with more energy.
GOP’s healthcare plan is new tool to keep the status quo. It is designed to hit the poorest. Anyone who says: “but it also hits Trump’s base” does not see far enough. It may seem like the plan hits the Trump’s base, but when it comes to its realization, some adjustments will be done, but not for everyone.
In his recent interview to NPR Dr. Rod Hochman said: “America as a country is older and poorer.” (http://www.npr.org/2017/06/28/534681846/hospital-official-waits-to-see-when-senate-votes-on-gop-health-bill).
"The GOP’s plan is to let people who cannot afford health insurance (mostly minorities) to die out.
Politics is never about anything but POWER (for good or for bad).
What we see is the process of building the political machine which would keep minorities out of power even when they will become the majority.
And EVERYTHING what "conservatives" do, they do it because of one single motive (so, just ignore anything else they say).
They do it because of fear.
They do it because of fear of losing political power - to the current minorities."

That fear navigates all their action (often on a subconscious level:
"Behave: The Biology of Humans at Our Best and Worst" https://www.amazon.com/gp/product/B01IAUGC5S/ref=oh_aui_d_detailpage_o01_?ie=UTF8&psc=1
- a strong book on human behavior).

Unfortunately, that fear resonates with many, and ignored by even more.
Why can't the Democrats to use this knowledge for advancing their agenda, is a different conversation (e.g. http://the3dforce.blogspot.com/2017/07/12steps.html)

Appendix:
A couple of weeks after this post was published, the Republicans came up with the new version of the health care bill. In that bill they proposed to treat differently rural folks and urban folks. This is exactly the type of adjustment I originally mentioned! When they say "rural" they mean "white Americans". "Urban" means either rich people who will not be affected by any version of the bill; and poor minorities who will be kicked out of the health care if the bill will be accepted.
There are however two commonalities in how Republicans treat all the poor, white and non-white.
1. The Republicans do not want people to think.
And the best way to keep people from thinking is to make them work so hard, they have no energy left for anything else. When one has to work 60 hours a week, juggling two jobs to only make it a paycheck to a paycheck, one has no ability to think about social and economical issues. One just comes home, drinks some bear, and falls into a bed.
2. The Republicans do not want people to know.
That is why they fight anything which may help improving public schools, especially in urban areas. 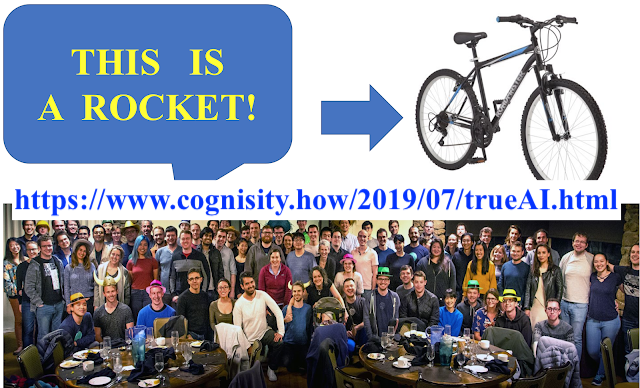 How Americans Kill Their Own Progress

There is one psychological trait millions of Americans share that greatly affects the American progress - in a highly...