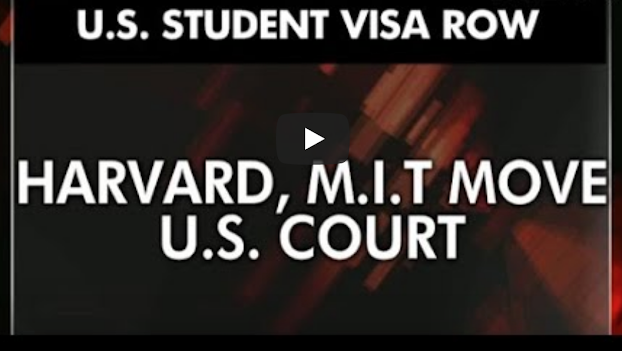 I want to state from the beginning that I am not a Trump supporter – never was, never will. But I support the decision of the administration to ban foreign fully online students from entering the country.

The logic of this decision is really simple: if you're not taking any on-site classes, if your education is 100 % remote, why do you have to be in the country?

Especially considering the risk of bringing in the U.S. covid19 virus from other countries.

The loud outcry of the top universities like Harvard and MIT against the decision demonstrates one simple fact, that American top universities have replaced their original goal, i.e. educating American people, with a new and much simpler, and much more lucrative goal, and that is making money.

For many foreign students having education in America is an excuse for spending time in America.

Those students have money and are willing to pay that money to live in America.

Of course, local economies profit from those students. And that include universities, as well.

But when we talk about education, money should not be the primary criterion for the success of the system.

Over the last thirty years the hunt of American investors for money has led to a significant decrease in the manufacturing power of the country.

In the system of higher education, the hunt for money has led to a significant decrease in producing domestic professionals.

The first reason for such a decrease is that many American firms prefer hiring foreign nationals, because they are cheaper (they say they search for the best and the brightens, but then they choose from the them the cheapest). And because foreign professionals have been prepared by the universities of other countries, American firms do not see any reason to make big investments in American higher education, or in education in general.

The second reason for such a decrease is the fact that over the past thirty years American population has become poorer. This fact coupled with the poor state of public education is an important reason why for many Americans a college or a university has become out of reach.

Money brought by foreign students help to satisfy the growing appetite of the college and university administrations for money.

The Trump administration decision to ban fully online foreign students from entering the country is the step in the right direction.
This decision forces college and university administrators to start turning again to American students (especially from low income communities).

In the long run, this decision does more good for Americans and America than it does “bad” for some universities. Universities will survive, they just have to start thinking about educating Americans more than about making money.

Someone in America has to finally start thinking strategically about the intellectual health of the nation, about saving “strategic intellectual reserve” - e.g. DARPA needs educational unit, until it's too late.

It seems strange that this move comes from the Trump administration; maybe the origin of this move has nothing to do with reforming education, in at its core it is the right move.

That is why I hope that the Court will uphold the decision.

P.S. This is a good example of a case when a good idea is compromised by its poor implementation. When the goverment sets new emission standards to auto makers, it does not tell them -“you must do it in a month!”  It gives them a reasonable time frame. Trump's advisers were so “smart-opposite” that they could not even develop a reasonable procedure for the implementation of his order. Just another gimps at how bad the state of management is - on all levels.
P.P.S. The biggest “sin” of American colleges is that there are way too many of them. When two or three decades ago public education has become a money-making business (i.e. “A convenient lie”) students had become “cash”-cows (=> ... a huge student debt). Eventually, colleges had to start accepting (1) more foreign students, and (2) domestic graduates who should not have been accepted due to low skills (i.e. this piece). Using the Wall Street terms, higher education needs correction, at least 20 % of the colleges should be closed or merged (and downsized). Of courser, that will be a very painful process, but there is no other way to heal higher education.

He repeats again all the same statements on “diverse”, “heterogeneous” society, “attracting best and brightest” form the world”, “creativity and innovations”.

I addressed those vies this and previsions publications.

Now I just want to state again – his view completely undermines the need for advancing American education and American students and educators.

Plus, he simply makes a logical mistake:

To keep society “heterogeneous” does NOT mean the “need for foreign students”.

This is the logical fallacy.

If @LRafaelReif “the President of @MIT” makes logical mistakes, what to expect from the president of the #America?
(as I wrote in my Tweet).

And now, let the meaning of his words sink deep in your mind.  Essentially he says that America cannot produce on her own enough innovative and creative professionals. That America cannot keep her competitive edge without snitching away the smartest and the most creative people from other countries.

Other countries can, but America can't.

And all other university leaders, business leaders,  and the politicians share exactly same views.

Because they all personally profit from the current state of matters (in one form or another: fame, influence, money).

No wonder for decades the only type of educational reform was FAKING.

“We want to be heterogeneous, but we don't want to spend any resources on advancing Black, Americans, African Americans, Hispanic Americans, Indian Americans. No, we want to lure from other countries people who already have developed capabilities.”

And also make a ton of money.

Foreigners can be accepted into this system, but only if first they have been prepared by other countries for their own money, and then became smart enough, educated enough, or (and hopefully) rich enough to support that very system.
The business folk wisdom says that you get what you pay for; meaning, if you are stingy, you get cheep stuff. This is exactly what has been happening in America with American education - on all levels. To save money, stingy American businesses prefer to buy on a cheap foreign intellectuals than invest into American education. The results are everyone - in business, in politics, in security services, in management (see the list below) - in all layers of American society we find fewer and fewer knowledgeable Americans also capable of long-term thinking. BTW: the rise of Trump is one of the direct consequences of this intellectual degradation of society.
But the saddest and the most dangerous (strategically) result is that America has no people anymore who value good education because there are no people who know what "good education" means and how to spot it, support it and scale it up.

NOTE: I sent this piece to several papers. Naturally, it was ignored because neither top liberals/democrats nor top conservative/republicans (who control mass media) will ever willingly kill the goose that lays golden eggs.