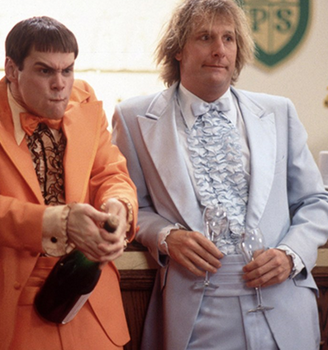 From “The poetry and varieties of Berrow's Worcester journal for the year 1828”
A new Way to kill Time.
“Here, John,” said a friend of ours to his servant, a few mornings since, “boil me an egg for breakfast, and,” at the same time handing him his watch, “be sure let it be boiled three minutes exactly.”
Away went John into the kitchen, and told Mary to boil, not the egg, gentle reader, but the watch! an operation which, with corresponding sagacity, she instantly prepared to set about. Mr. H. however, thinking they were a long time in obeying his orders, went out, out, and finding John upon the staircase, narrowly eyeing the clock, asked what delayed him?
“Oh, Sir,'' said John, “it is not quite done yet.”
“But what do you want with the clock, when I gave you my watch to boil the egg by”
“Egg! watch!” stammered out John, “why, Lord, sir, Mary's boiling your watch, and I was waiting here to tell her when three minutes were up!”
Our friend instantly went to Mary, and sure enough, found his watch yielding up its last tick, and poppling in a saucepan of boiling water, over the kitcl1en fire. Incredible as this circumstance may appear, we pledge ourselves for the truth of the statement; but we presume “the march of intellect” had not penetrated to these two dolts.

“The march of intellect had not penetrated to these dolts.” 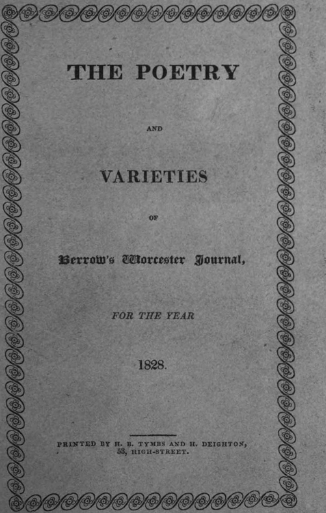 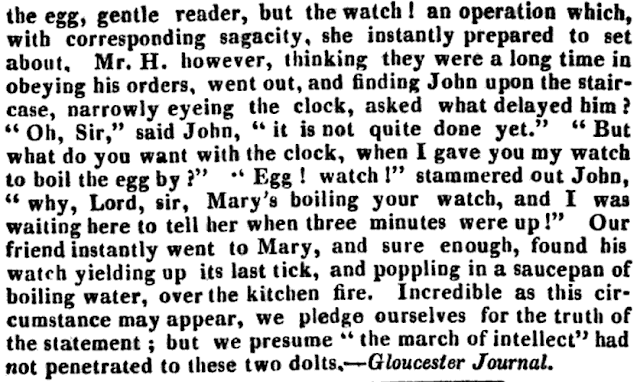