Dr. Voroshilov: A Peek Inside!


Dr. Voroshilov: from A to Z A driven professional, an eloquent expert, a productive author, and a collaborative colleague: (Professional past, present, and future)

A note: I am a physicists by trade, but a teacher by my profession. But I have a couple of peer reviewed publications on HTSC, for example this one (arxive.org) and this one (or here).

The other day I asked a professional physics researcher, an experimentalist, if he thinks that an electron is a wave or a particle. At first he said "it's a wave packet", then "I don't really care, I don't think about it, I know how to calculate what I need, that's all I need". These two responses represent the most common sentiments in the Western physics:1. An electron (and, of course, any other quantum particle) is a wave (in different forms, including a packet); or 2. It does not matter what it is, as long as the math works.
The latter approach treats quantum mechanics as a black box, i.e. we know inputs and outputs, it does not matter what's inside. The former approach is just one of the interpretations (my 30 - 50 year old textbooks have others). And I believe it is a wrong one. In every experiment an electron acts like a localized object, i.e. a particle (no matter how many times you would make a shot of billions of photons in a space where an electron travels through, the Compton scattering happens only here and now). Thinking about an electron as of an actual physical wave means using a hundred-year old idea that was presented at the time of the birth of quantum mechanics - to gain an understanding of what it does. But sticking to this idea hundred years later demonstrates misunderstanding of the fundamentals of quantum mechanics, including (but not limited to) "the wave-function collapse". Of course, if a physical wave existed in a large region of space and would suddenly concentrated in one single local point - that would look very unfamiliar for anyone who tried to apply to quantum mechanics ideas from the classical mechanics. But if an electron is a particle that is always localized, there is even no need for such an event as "a collapse". A statement that "a wave-function collapses" means only that physicists do not have an accurate mathematical description of the interactions between a quantum system and a classical one (an electron "flies" and Schrodinger equation describes it, then an electron hits a photo-plate - and "collapse" happens). The behavior of an electron is "magical" in some way, meaning, very different from a classical particle, and still not completely understood. But there is no need at all for keeping using outdated interpretation that only confuses public (hence, helps attracting public attention), but do not provide any significant insights into the fundamentals of quantum mechanics.

That is why I wrote several posts on the matter, starting from the foreword below.

Foreword (from Killing The Schrodinger's Cat, at last and for good: part I).
This Foreword was prompted by publication of a new book about quantum mechanics.
I love reading Lee Smolin, but I'm not going to read this book.
In this book at first he criticizes all existing interpretations of quantum mechanics, and then he promotes his own. However, I prefer sticking to the interpretation which satisfies the Occam's razor test (and described in the series of my posts).
There are two major facts about quantum mechanics everybody needs to know
The first one is that quantum mechanics works.
The second one is that quantum mechanics is not a complete theory – that is why there are several interpretations of why it works.
The third fact, however, the fact of the matter is that this situation is not the first, not the only, and I'm pretty sure not the last one in physics and in science in general when a working theory exists, but the reasons for why it works aren’t clear and different factions of scientific community hold different views on that matter.
For example, more than 2000 years ago the world knew only a few true physical theories – one of those was the Archimedes’ theory of a lever. The lever has been known for thousands of years before Archimedes, but he was the first one who gave a detailed mathematical description of how it works. But only a couple of thousands of years later physicists could explain why Archimedes’ theory worked.
This maybe is not the perfect example, but it works as an illustration.
Physics is not alone, other sciences also have similar examples: for example, no one denies evolution, species do evolve. But the theory of evolution, that one that answers the question why do species evolve – is a different story; Darwinism is not the only one, there are, or at least, there were alternatives.
So, quantum theory works, we know how to use it to describe quantum world, but we do not know why it works. And the only reason why so many physicists are still bothered by the latter fact is that quantum theory is very different from clear and logical classical mechanics.
So far, all attempts to fit quantum theory in the same logical frame that works for classical mechanics have failed.
Most physicists believe that because a classical, i.e. macroscopic, world represents a composition of a large number of quantum, i.e. microscopic, worlds, the logical and mathematical description of both worlds must be connected in a clear and logical way – classical laws must be “derived” from quantum laws, and quantum laws must be “derived” from classical laws.
Here we already run into a debate – because different scholars have a different meaning for term “derived”.
At the dawn of the quantum era, to demonstrate how different quantum mechanics is from classical mechanics physicists invented paradoxes. One of such well-known paradoxes was “Schrödinger’s cat”, and another one “EPR paradox”.
What readers need to understand that a hundred years ago those paradoxes played an important role as discussion generators. But today, a hundred years later, we have a much better understanding of what works and what does not work in quantum mechanics, including the meaning of those old paradoxes. A historian may keep uncovering more and more nuances in those hundred-year-old discussions. But a physicist needs to focus on the current understanding.
And again, the history of science knows very similar situations, when for many years a paradox was a nucleus of many heated discussions, but was resolved and now it has only historical value.

My favorite paradox of such type is Zeno’s paradox that says that a runner cannot ever run a mile (the Dichotomy paradox). Now we know that the sum of an infinitely many terms can have a finite value.

In conclusion, we know that quantum mechanics is very different from classical mechanics, we know that we don’t know why a quantum theory works, and that realization leads to different theories about a quantum theory, known as interpretations. How do we select that one which we like the most? Everyone has a different approach. I always use the Occam's razor and select an explanation which requires the least amount of reasoning, the smallest number of assumptions, and the most natural assumptions.

The True Mystery of Quantum Mechanics 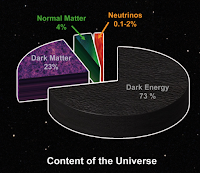 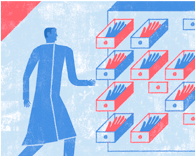 Who and why should learn physics? 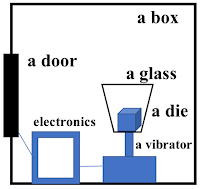 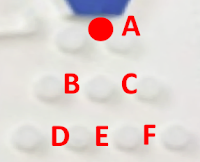 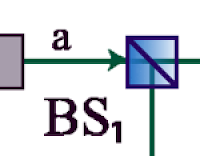 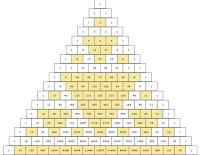 When a tradition must go - away

This webpage offers some additional  publications (old or short).

NB. I was disqualified due to multiple entrees; evidently, the NSF Idea Machine has no need for an idea machine :)

The Proof of a Professional Success

Additional publications are at  GoMars.xyz