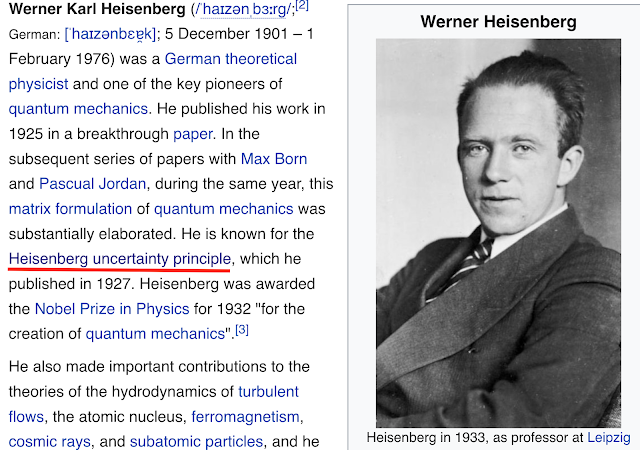 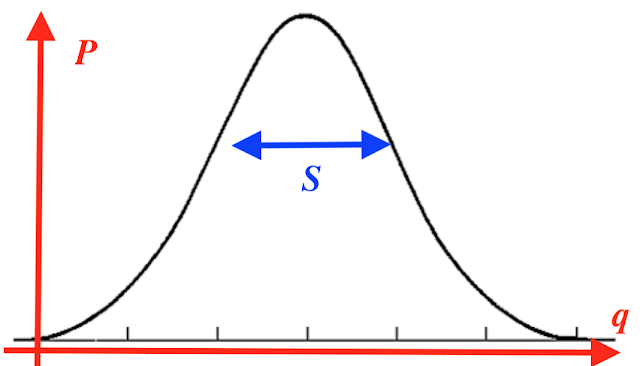 In the picture, q represents possible values of the quantity, P represents the probability for a macroscopic object to have that value after interaction with a microscopic object, S represents a parameter which characterizes the width of the distribution P(q).
Using such parameters there is a mathematical expression which represents the uncertainty principle for two non-commutative quantities: S1*S2 > or = Const.
For some special pairs of non-commutative quantities, called “complementary” that constant is equal to a specific value, h/(4π), where h is the Max Plan Planck’s constant.
What especially interesting is the fact that the Schrödinger equation allows to calculate a special function, "Psy", called, a wave-function of a microscopic object (a system), which has a simple direct mathematical relationship with the distribution, P(q), namely P(q) is proportional to |Psy|2. However, the Schrödinger equation a physicist solves to study a microscopic system describes only the microscopic object (system), and does not describe its interaction with the macroscopic object (in genera, the equation could be written for a super-system, but no one could solve it, so far).
It looks like all microscopic systems “know” that eventually they will be interacting with some macroscopic systems and prepare their properties in such a way that the future interaction would yield for the macroscopic systems the right distribution of the values.
Of course, the previous sentence does not make any sense, and only demonstrates that even today, almost a hundred years later after the birth of the quantum mechanics, we, scientists, still do not understand some of the fundamental aspects of that theory.
At the beginning of this piece I also mentioned a wave-particle duality. It was invented to "reconcile" particle-like existence with wave-like behavior of quantum objects. Now this concept lost its usefulness. There is no duality, all quantum objects are particles, but they may behave in such a way that looks like a wave.

Table of content
Appendix I:
There is also a question about how fundamental the uncertainty principle is. For example, there is a simple experiment which shows an apparent violation of the principle.
When charged particles (e.g. electrons) travel through a device called a velocity selector, only those electrons with a specific speed imposed by the device (designed by scientists) will travel through the device. Hence, after passing the device all particles travel with the same well-established speed. Then those particles can reach a photo-plate (or a screen) and their location will be registered. And the better the velocity selector is tuned up, the more accurately the location will be registered. It looks like for those electrons (or other charged particles) both quantities, speed and coordinates, have certain and repeatable values at the same time. One would expect, that quantum mechanics works in this case, and very accurate calculations will demonstrate that the uncertainty principle is still valid in this experiment, but on the surface, it looks the opposite.
This is just another illustration that in quantum mechanics many things which look fine on the surface have nothing to do with the reality, but on the other hand, things that look counterintuitive may actually be true. Hence, when we talk about quantum mechanical phenomena, we CANNOT relay on our common sense.

Appendix II:
There is a quantum phenomenon called quantum entanglement. It is known for the same amount of time the uncertainty principle is known, and its exact meaning is still under debates. One of the interpretation of quantum entanglement is that quantum objects can “feel” each other even if they are far away apart from each other. In order to be able to “feel” each other those particles have to be specifically prepared, i.e. entangled. We all know, however, that all existing particles have been specifically prepared – that happened at the “Big Bang”. Hence, we can assume, that all quantum particles “feel” each other all the time. This can “explain” how quantum particles “know” that they will interact with a macroscopic world, because, essentially, they constantly “feel” the whole world, which is huge.
Of course, this interpretation of quantum entanglement also can be used to “explain” telepathy, telekinesis, and all known and yet unknown “psychic phenomena”.

Appendix III:
There are many good popular science books, including on the history, origins, meaning of quantum mechanics. One I read recently is 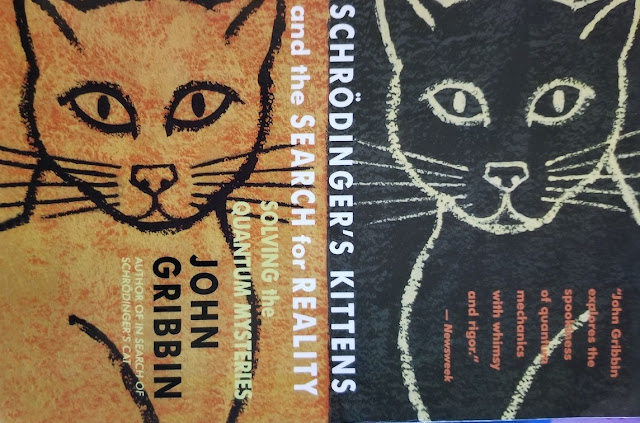 This book, however, as many other books on the matter, are completely misleading when they start talking about single-photon experiments.

Because NONE of those experiments is actually a single-photon experiment. And to point is not even the fact that a photon has a probability to "generate" virtual particles, etc (how it was clearly described by the author). The point is that the initial single photon interacts with objects - mirrors, lenses, wires, etc. - which are made of charged particles. When that initial single photon starts interacting with those charges there is simply no any more a single photon. All the descriptions in all the books make us think that the photon which eventually is being registered one way or another is THE SAME one which initially entered the system - but it is just wrong. The final photon registered in the end of the experiment is the result of many (uncountable many) previous interactions involving absorption and re-emission of photons. One of them eventually is being registered. And the is no scientists (currently) who could carry out step by step calculations to describe those interactions. Hence, all the conclusions are based on very limited approximations. Hence, represent only one possibility of the description of the mechanism underlining the results of the experiments, and only one possible interpretation of those results. From a general point of view, discussing the behavior of light to understand how the Schrodinger equation (or an equivalent formalism) describes the reality is internally contradicting, because
the Schrodinger equation is not relativistic. It is like analyzing length contraction or time dilation to better understand how Newtonian mechanics works.

More on quantum entanglement at: “Thinking about the origins of the Quantum Mechanics.”

An example of the inter-connection between micro and macro worlds: “Dark matter, dark energy and light-vacuum interactions.”

The Difference Between Online Learning and Remote Teaching

Terminology is important. Especially in science and teaching science . Nowadays, there is a lot of confusion related to different forms o... 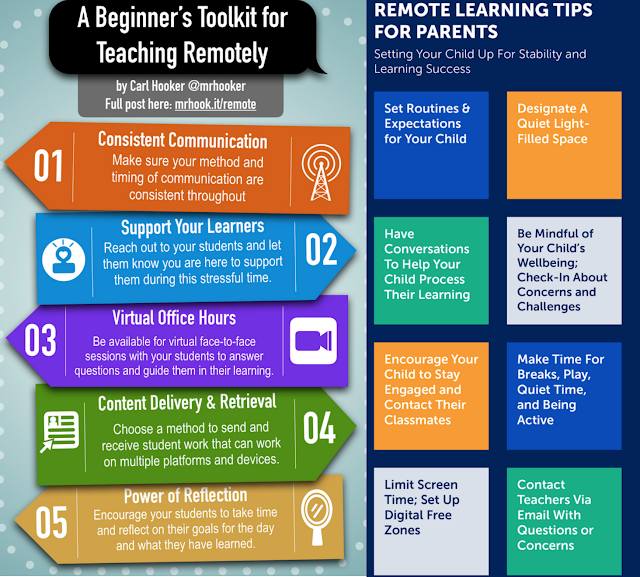