Will Artificial Intelligence Save, Replace or even Affect Education Practices?
(a venture capitalist’s view) 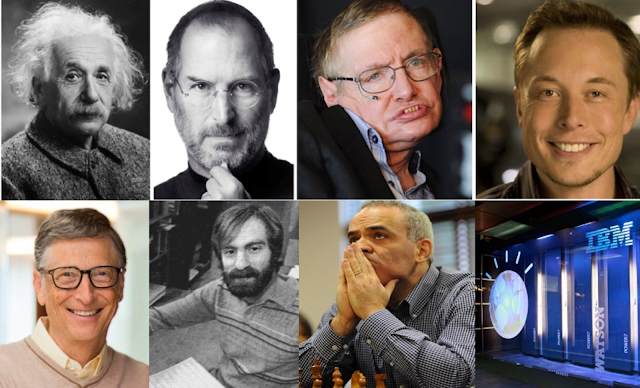 AI, a.k.a. artificial intelligence, is a highly efficient artificial pattern recognition system (for recognizing patterns with a finite number of variations).
HI, a.k.a. human intelligence, is a highly efficient natural system for creating solutions to problems which have never been solved before; the central ability of the host of HI is an ability to create a solution to a new problem (this is what I teach my students, no matter what specific subject I teach at the time: http://www.GoMars.xyz/vvli.html; www.GoMars.xyz/vv.htm).
In short:
1. Various advances in AI are becoming a common place (the latest example is AlphaGo Zero:
https://www.nature.com/articles/nature24270).
2. Professionals know that there is still a huge distance between AI and HI. However, for general public, a competition between various versions of AI (produced be different companies: https://www.forbes.com/sites/quora/2017/02/24/what-companies-are-winning-the-race-for-artificial-intelligence/#ffe12f0f5cd8) is seen as a competition between different sport teams: for example, self-driving cars = “race cars”; Chess, Go, Jeopardy winners = “sport champions”.
3. From the point of view of attracting public attention, i.e. marketing, the most promising actions should be based on more and more complicated competitions between AI and HI. Personally, I would like to see a human and an AI taking the same standard (commercially available) IQ tests (https://www.mensa.lu/en/mensa/online-iq-test.html).
4. Games like Chess and Go are not considered as popular as TV shows, but various competitions, like science subject Olympiads, may resonate with general public. That is why the next battle between AI and HI, which may attract wide attention of general public, should happen at the next Physics Olympiad (so far, excluding the practical/experimental part, and competing only in the theoretical part, solving problems similar to “F=ma” test; https://www.aapt.org/physicsteam/2016/exams.cfm). AI would be reading the same problems and solving them in real time. If AI will win the competition, that will be a clear proof of its actual power. That company which AI will do it first will win the marketing battle (at least for awhile).
Currently, no company can present AI which could solve physics problems, or math word problems, just by reading from a textbook. This is why so far rumors about AI replacing school teachers exaggerate the actual case. 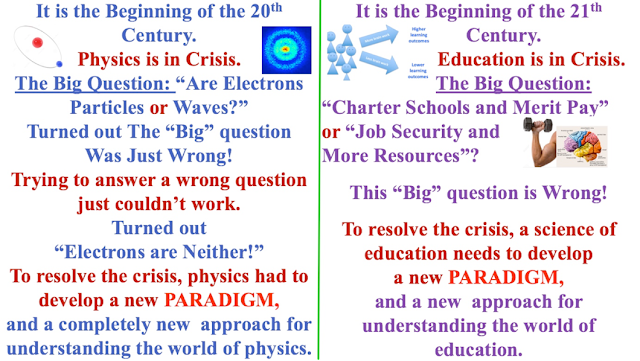 My intention was to attract attention to the project which would help to advance science of education to a true science (http://www.teachology.xyz/chs.htm).

Only after the meeting I realized that my expectation was premature. I should have not expected from people of such status to think about science: “Hmm, what could we do to change things in science of education?”
I do not think this type of a question has ever popped up in the mind of my opponent before our meeting; due to a simple reason – those people do not think about advancing science, because they do not consider themselves scientists (http://www.GoMars.xyz/30uS.html). And also, because for many people any kind of a search is already seen as a scientific research; which is not actually a case.
In hindsight, I should not have been expecting from my opponent any attention to science of education. Unfortunately, many scientists in the field of education are not involved into scientific projects, too. Even a top-level official at a large research university told me once, that science of education is not possible. Even more, there is no need for science of education at all, because education is more like a craft; we just need more good “craftsmen”. And that was a person who ran at some point a teacher preparation institutional entity. Finally I understood, why my appeal to business leaders (http://www.teachology.xyz/MO.html)and my GoFundMe campaign (https://www.gofundme.com/teachology) were bound to fail.
In this paper, http://www.GoMars.xyz/nsf.html, I have shown that more than 90 % of NSF funded projects are not scientific, but social by their nature. For those projects, their primary goal is not producing new knowledge, but helping teachers teach better (http://www.GoMars.xyz/3pc.htm).
Almost all “experiments” funded by the NSF, or described in various magazines, fit the clear and universal law: “if we take two large groups of fairly similar students, and students in the first group will have a more extensive or diverse learning experience (for example, more contact hours with an instructor, or more time used for guided discussions, or more time spent on certain exercises, or training through more and/or different exercises, etc. than students in the second group), students from the first group, on average, will demonstrate better learning outcomes than the students in the second group” (the 1st Law of Teachology: http://www.GoMars.xyz/6lt.html).
In teaching, this law has the same explanatory and guiding power as the Newton’s Second Law has in physics. There is no need for trying to prove it again and again; it should be used for designing new teaching practices.
I have no doubts that the use of various technologies, including AI, will lead to better education – as a human practice.
To advance scienceof education someone would need to adopt a “Manhattan Project”, or “An Apollo Program” type approach (http://www.GoMars.xyz/30uS.html). 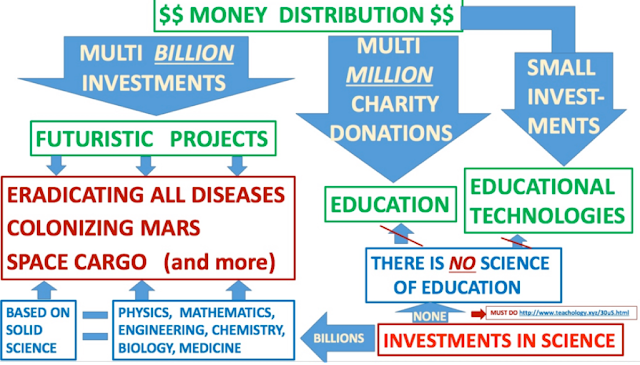 My hope was to find a tech business leader who would be interested in advancing science of education. 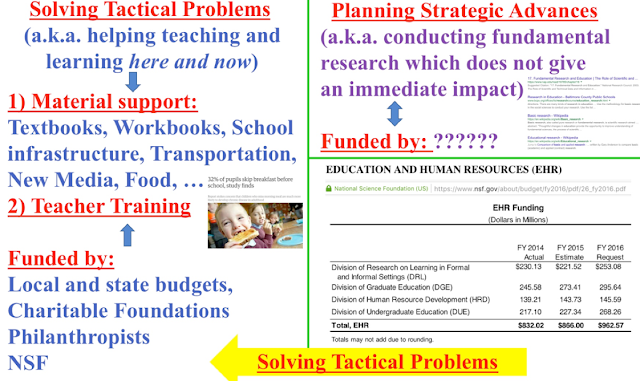 My search is still open (http://www.GoMars.xyz/YP.html).
Although, I doubt that this particular company will invite me back again; my talking style is too "confrontational" (I am not trying to be "smart", but when I know I'm right I just say it: https://teachologyforall.blogspot.com/2017/04/polite.html; http://www.gomars.xyz/ppp.html; https://teachologyforall.blogspot.com/; http://the3dforce.blogspot.com/2017/04/progressive.html). However, if for some people the tone of the conversation matters more than its substance, maybe those people should take a look in a mirror? (https://teachologyforall.blogspot.com/2017/04/polite.html).
And speaking again about how self-made tech millionaires see  education - most probably, some of them just have not had a good teacher in their life (they may have had friends, advisers, professional role models, but not good teachers). That is why they do not know what a good teaching is, and how big is a difference between a teacher and a good teacher. And when a person has not met a good teacher, that person just cannot resonate with anything you would try to tell him or her about good teaching. It is like trying to describe the taste of chocolate to someone who has never tasted any sweets; or trying to describe hiking to a person who has never left a room.
In the minds of self-made millionaires, being self-made may equate with being self-taught, and lead to being self-sufficient, or even arrogant. Unfortunately, even the smartest people in the world can let their arrogance to blind them. One of the saddest cases of arrogance is the death of Steve Jobs. When he learned he had cancer he did not immediately take care of it using a traditional medical approach, even thought the cancer was treatable. But Steve so strongly believed in his own power that he refused to follow doctors' advice. When he finally gave up and turned to traditional medicine, it was too late. No doubt Steve Jobs was not just smart, he was a genius. And he knew it. But he took it too far.
Appendix:
1. You may be surprised by the fact that many professionals in AI field do not have a definition of AI!
https://teachologyforall.blogspot.ru/2017/12/aidef.html

2. The future of AI heavily depends on the progress in learning how to develop HI (Human Intelligence), a.k.a. teaching!
https://teachologyforall.blogspot.ru/2017/12/newAI.html