What is the difference between a science and a religion? Really.

What is the difference between a science and a religion?

This is a difficult question, which has been igniting many heated discussions.
(another piece on the matter: "Anti-Atheism")
If you read various publications on the matter you see that the most of the authors boil their views down to one statement: “A science is evidence based, and a religion is faith based” ("evidence" or "experiments" v. "faith" or "beliefs" is the most common dichotomy).
For example, the following quote represents an example of a very common sentiment on the difference between a science and a religion:


“The important difference between science and religion is that religion comes with ABSOLUTE statements, that neither can be proved or disproved, and science evolves from relative truths and statements, that can be testified and proven false (which means: science has to develop, in order to replace (partly) untrue theories, and replace them with better ones). Science does not claim it has absolute knowledge on anything. Religion claims it has.” (Reference https://www.physicsforums.com/threads/difference-between-science-and-religion.2248/).
This statement is not incorrect, but it is missing a very important part of any actual (developed, true) science.
When I have a "science v. religion" discussion, the conversation does usually boil down to "science is based on a proof, but religion is based on a belief" statement. In that case I like offering the following logical chain: if "science = proof", and "proof is something other people can accept or deny", and "other people accept or deny the proof based on their beliefs", hence, "proof = beliefs", hence "science = beliefs", hence "science = religion". The first reaction to this logic is negative: "there might be something wrong with it!". In reality, it is absolutely accurate!
Every science is also based on absolute statements (beliefs). Those statements represent such statements in which every scientist deeply believes without really having them logically derived from indisputable evidence.
In other words, every scientist has a faith. And for every scientist that faith includes several universal absolute beliefs.
Every scientist has a faith in that:
* The world (a.k.a. the universe, a.k.a. the nature) exists (and we all should be thankful for that - in my opinion).
* The world may have to entities - natural and social. The existence of the natural world does not require a human presence.
* The functioning of the natural world has certain patterns (under similar circumstances objects undergo similar processes). Those patterns do not depend on the existence of intelligent species.
* Humans are intelligent enough to uncover and understand the patterns governing the world (a.k.a. laws).
* I – a scientist – am intelligent enough to uncover and understand the patterns governing the world (otherwise, why would I be going into doing any science?)
Diving into a specific science, like mathematics, or physics, or chemistry, shows that all those sciences are also based on an additional set of absolute statements, although in each science those statements are not called commandments, but postulates or axioms (it is why it is very important to study math, physics, from the point of view HOW they have become to be a science).
Those postulates cannot be logically derived from certain observations or experiments. Yes, they are related to certain observations or experiments, and during the search for those postulates some reasoning, of course, have been used. However, the final formulation of a postulate is usually a result of an insight. Then, after the postulates had been formulated, scientists use logical procedures to derive various consequences/predictions (!), and if those predictions are consistent with observations and experiments that gives the scientific community the confidence in the truthfulness of the postulates.
There are many good books on a logical structure of science (just run an Internet search on “structure of science). Here I would only point at one of my favorite examples, namely, Albert Einstein’s postulates of The Special Relativity Theory.
In conclusion, we cannot say that a science does not include any faith at all: there is a faith in a science, but just different one from a faith in a religion.
If the difference between a science and a religion is not based on the presence or absence of a faith, then what does make them different? The #1 answer is – people.
A science and a religion are just two of many human practices. Both - science and religion - is a byproduct of human brain activities (this is what they have in common).
The most important difference is between the people practicing those practices.
A person who practices a science – a scientist – does not claim that his knowledge is absolute and cannot be changed. A scientist is not the one who knows everything and is always right. A scientist knows that his/her knowledge is limited, can and most probably will be changed in the future (even the postulates, and paradigms), and because of that a scientist is always ready to be wrong (at least, a true scientist).
People practicing religion will never accept any possibility for their postulates to be wrong, they practice a dogmatic thinking.
This picture (from this site) reveals the true nature of religion. 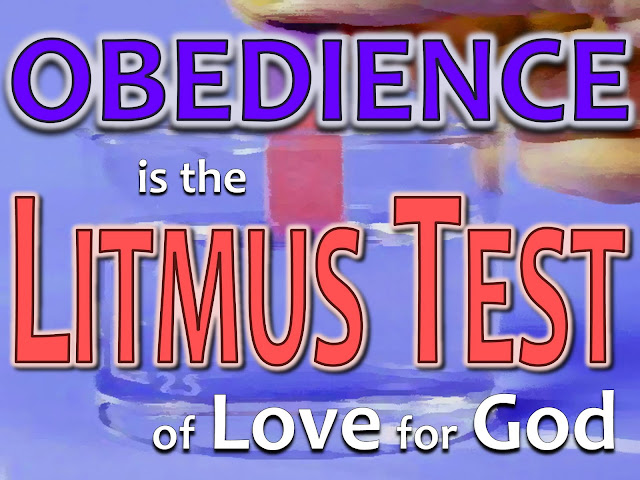 To continue the discussion, please visit “Anti-Atheism; The Struggle between God and Science” at

Appendix: On a definition of “a law” and “a science”
I) What is “a law”?
A law is a statement of an existing pattern. This statement usually has a verbal or a mathematical representation.
II) What does a law do?
A law allows to explain observed phenomena. But the most important application of a law is to predicting events. A law allows to make a statement about (a) what events will be possible for happening (within given limits, under given circumstances, within a given time-frame), and (b) among possible events, what is a chance for a given event to happen.
III) What is “a science”?
The definition of a science is multi-dimensional.
(a) A science is an internally consistent body of knowledge based on the scrupulous and logical analysis of a vast amount of data.
(b) A science is a specific human practice which mission is to obtain and describe natural and social patterns (a.k.a. laws) in order to use those patterns for making reliable predictions.
(shortly: the mission of a science is making predictions; if making reliable predictions is not yet possible, the field is still in a pre-science stage)
(c) The development of a science usually has two stages:
1) a pre-science stage, when the main goals of human activities are:
* developing a language (mainly naming objects and processes), tools and procedures (including specifically designed experiments) for collecting and classifying data, and
* collecting and classifying data, and
* formulating the set of patterns describing the phenomena within a specific domain
2)  a science stage, when the main goals of human activities are:
* using the developed set of patterns for improving human living, and
* using the developed set of pattern for advancing the science

To learn more about my professional experience:
The voices of my students
"The Backpack Full of Csah": pointing at a problem, not offering a solution
Essentials of Teaching Science
By Dr. Valentin Voroshilov at December 25, 2017