The Importance of Early Exposure to Thinking.


The Importance of Early Exposure to Thinking. 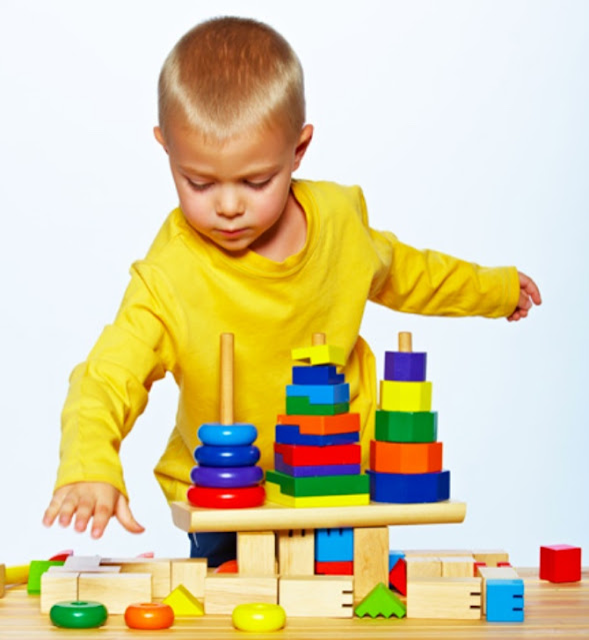 This ability is the reason we call humans “intelligent species”.

Term “deliberate” implies that the person who is in the process of thinking is aware of the fact that he/she is in the process of thinking – he/she is doing it on purpose. That means, thinking, or to be more accurate, human-level of thinking cannot happen without self-awareness. Self-awareness is a special state of human mind. And no AI professional, not a single one the whole world, has any idea of how to generate that state in an artificial mind called an artificial neural network. No AI professional has any idea how to teach a  brain to think.

Only good teachers know how to do that.
_____
I don't know the exact statistics, but all highly achieved athletes, as well as circus and ballet artists, begin they training at the very early age.
I'm pretty sure that exceptions for this rule are very very rare.
Of course, most of them also had some kind of a genetic predisposition, a talent.
But they would have never achieved the heights of their professional career without training which began when they were 5 or 6 years old.
Naturally, the earlier the training begins the more time one has to develop all skills necessary to succeed in the field. But the real importance of early training is not just time one has to master the skills. It is the fact that the early years of growing are the most important years for the development of a human body. Starting training late means starting it when the muscles and the joints become stiff and not flexible anymore, which of course puts a person at the disadvantage compared to those who started early.
A human brain is essentially a muscle. It is a special “muscle”, but anyway, it is a “muscle”. 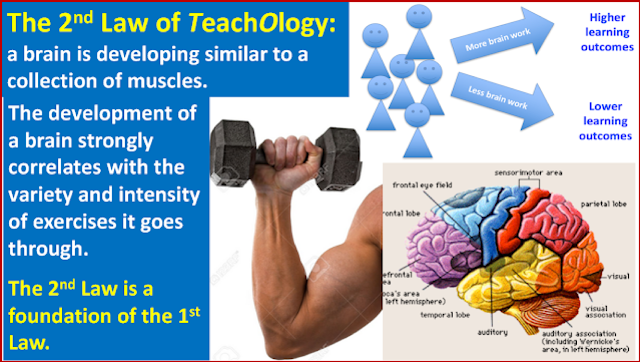 The neuroplasticity of a brain is a well-established fact.

A brain evolves, a brain changes itself, but more importantly, a brain changes itself via/while/during mental actions a brain is performing, a brain is going through.
That is why the first years of growing up are also extremely important for a brain development.
Early exposure to reading, music, theater, sport, chess, puzzle solving, construction games not only gives children some taste of inventing things, and boost their imagination.
Early exposure to a variety of physical and mental activities stimulates an intensive brain development.
Early exposure to a variety of physical and mental activities boost brain's processing power (i.e. the amount information it can process in a day, on average).
We all know folk wisdom "practice makes perfect". It is because practicing certain actions also boosts the development of the part of a brain guiding that practice (those actions). Hence, the variety of practices is as important as intensity and continuity of those practices.
On the contrary, a dull repetitive training/drills, like rote memorization, especial during the early school years, makes a brain stiff and incapable of performing creative tasks (a good teacher v. a teacher).
“If the only exercise students had been doing for 12 years is squats, they will not be good at push-ups and pull-ups. Do not expect from students an ability to think if all the had to do for 12 years was memorizing facts and rules.” (the 9th law of TeachOlogy). 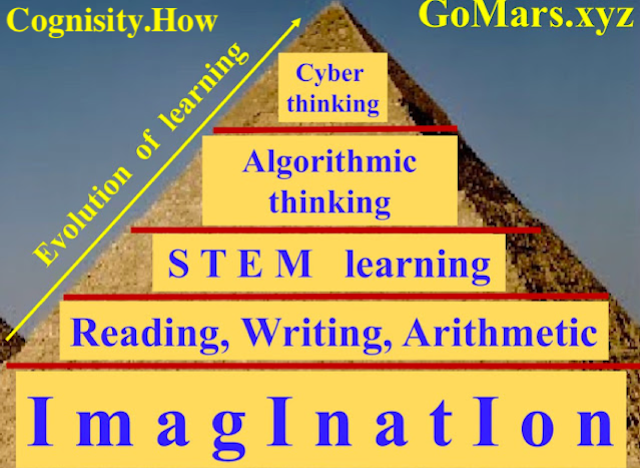 When some politician or a media personality complains that "people do not use a long-term thinking" or "make decisions contradicting their own interests" they need to know that the only reason for that is poorly performed educational practices.

A "long-term thinking"requires (among others) an ability to perform a long multi-step logical chain of a cause-and-effect reasoning. That simply cannot happen for a person who on the third logical step forgets what was the first one. But a long-chain reasoning ability can be developed only as the result of years of practicing in different areas, different school subjects.
"Contradictory decisions", or "contradictory statements" (e.g. "another first kiss") represent an example of a disconnected mind, disconnected thinking, and is the manifestation an underdeveloped brain with parts which hardly communicate with each other.
Rote memorization will not lead to the development of strong sustainable multiple connections in a brain.
The top education practices should lead to the mastery of the knowledge and skill beyond just a set of Jeopardy-like facts. The top education practices should lead to the development of a scientific type of thinking. 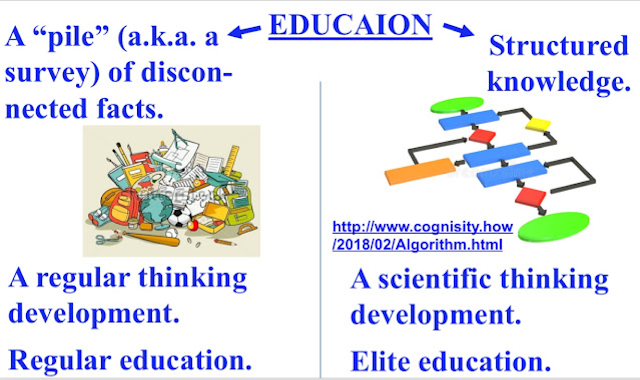 Physics - when it is properly taught - is one of the best brain boosters and mind advances.

For a more detailed description of a scientific type of thinking, please, visit "Modelling Instructions, Design Thinking, and Productive Thinking for a Science Teacher".

Note: when I was about 30 years old (do not remember the exact age) I took an official IQ test in a company that was training management cadre. My score was 180. When the guy announced me my score, I was told not to get cocky because there was another guy who had 181. But I was not cocky at all. I was fascinated by human intellect since I was in a middle school. By my thirties I've read a lot of literature on the matter, including IQ testing. As any test, for example a driving test, IQ test also could be trained. Practice makes perfect - we all know that. Over the years, to study how my mind works, I had taken so many different tests that I could see the logic of a test maker preparing a test I was taking. But most importantly, I knew that IQ tests do not really represent the intellectual power of a person. As a physics by trade, I knew that Albert Einstein was one of the most intelligent people of all times. I also knew that Albert Einstein would fail any of the IQ tests. He has developed several theories that advanced different areas of physics. He developed a theory that only a few people could understand (The General Relativity Theory). And yet, he would not be able to score high on any of Mensa tests. And he would be absolutely fine with that, because he knew that intelligence is not related to how much knowledge one has or can manipulate with.
He famously said 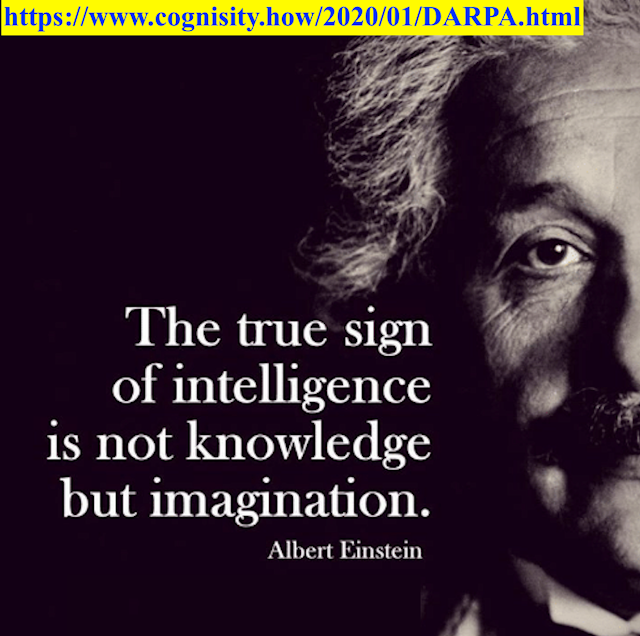 I need to stress that intelligence is not related to solving a problem, but to designing the solution. A mouse traveling though a maze is solving a problem of getting out. But it does NOT design the solution. It simply uses a trial-and-error method. And that makes a mouse non-intelligent. The term "designing" implies that the designer is capable of representing the work and the solution in symbols, but I decided to explicitly add that part to the definition.
Also, the process of designing and its success is heavily based on the creativity of the designer, hence on his/her imagination (!). This is where my definition of intelligence overlaps with the Einstein's take on the intelligence.

No test can test the power of imagination.

Additional discussion is available at:

A Problem v. a Task; the Distinction Matters!

What does a Teacher need to know about a Brain?

How much of “cyber” in “cyberlearning” and "cyberthinking"?