This post is one of the series of posts
listed in Appendix below
Killing The Schrodinger's Cat, at last and for good: part II 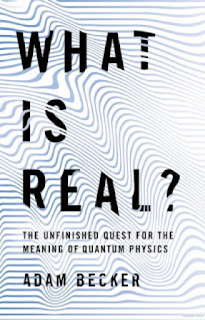 I also have short pieces on a scientific method:
What is the difference between a science and a religion? Really.
Anti-Atheism; a Struggle between God and Science
Modeling Instructions, Design Thinking, and Productive Thinking for a Science Teacher.
What Does "Thinking as a Physicist" mean?

Three old pieces on physics:
Thinking about the origins of the Quantum Mechanics.
Dark matter, dark energy and light-vacuum interactions
The Uncertainty Principle: a contemporary formulation.

Appendix II
The mission (i.e. the reason for existence) of science as a human practice is making reliable predictions.
The mission of a scientists as an agent of that human practice is discovering the truth about the universe and representing it in a testable form (e.g. verifiable, or falsifiable).
When a faculty tells students "Quantum Mechanics is a complete theory, and it means this ..." he or she is simply lying - hence, he or she stops being a scientist. The truth (the fact) is that there are (exist, whether one likes it or not) different views on the state of Quantum Mechanics, and denying that fact is not a scientific action.
A mere fact that someone is involved in a scientific research does not automatically makes that one a scientists.

Appendix III
So many people and so much energy have been focused on a photon traveling through two slits, or two entangled photons or electrons, etc., so no one asks why waves on trillions of strongly interacting atoms behave in a way similar to the behavior of weekly interacting atoms in a dilute  gas? A macroscopic number of strongly interacting microscopic particles does not follow the laws of a macroscopic world. Instead, there is a trick, a recipe – called “quantization” – which works like a charm. Why?
The recipe works, what else do you need?
The Full List Of Posts