The True Meaning of AI.

The True Meaning of AI. 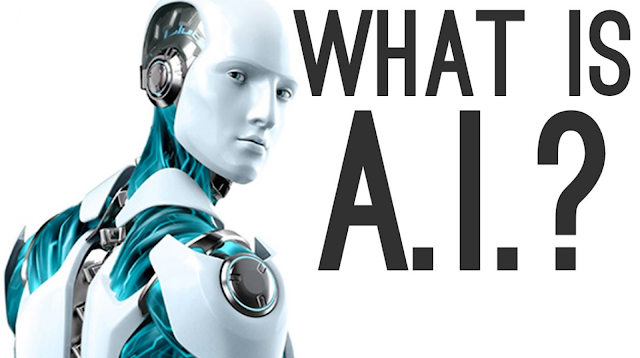 Anyone who follows just some news can see practically every day a media piece about a new and existing achievement of AI.
People who write or read this symbol – AI – usually mean “Artificial Intelligence”.
However, lately more and more authors switched to “Augmented Intelligence”.
I happen to believe that I had something to do to make this happen, because for three years I have been explaining to everyone who listened (e.g. who read my blog), that artificial intelligence is not a thing and will not be a thing for a long time ahead (e.g. “Relax, the real AI is not coming any soon!”).
However, even this new “weak” meaning of AI as “Augmented Intelligence” is meaningless, hence a.k.a. useless - as a term; unless it is changed to something like "Advanced Technological Augmented Intelligence".
Why?
Simply because ANYTHING we – humans – use to help ourselves with, well, anything, augments our intelligence.
A stick a monkey uses to knock a banana down from a tree augments (supplements, enlarges, expands, enhances, increases, boosts, extends, amplifies, strengthens, intensifies) its intelligence.

“Kohler said Sultan showed "insight" in solving a problem. First he assembled a stick, then piled up boxes, then used the stick to reach a banana.”
Everything that AI professionals write clearly shows that they believe, or want to make us to believe, that monkeys and humans are equally intelligent; every publication on “AI does this now”, sounds like "AI has learned how to recognize A-B-C, or how to copy X-Y-Z!" The mental and intellectual development has lead humans to the ability we call "thinking". I was writing on this matter before (e.g. "Modelling Instructions, Design Thinking and Productive Thinking for a Science Teacher", or "Deliberate Thinking v. digging a Trench", and more here), so I just stress that many people confuse "thinking" and "mental activities". A mouse employs mental activities when getting through a maze; a monkey employs mental activities when reaching out for a banana. Those trial-and-error actions and reactions do not represent thinking. Thinking requires deliberate guiding your own thoughts toward a specific mental goal (that is a crucial part of achieveing a specific practical goal). It requires making judgmental decisions. When a person does not have any alternatives in the mind but just one way of actions, thinking is not required - a simple execution of the actions is sufficient. Only when alternatives exist and clear thinking should lead to the assessment and the decision. But many people confuse making a judgment with "following your gut feeling". If a person just "goes for it" that also does not represent thinking. A judgment must be based on analytical comparison of alternatives. And the process of deliberate guiding your thoughts automatically includes realization that those are your thoughts - it cannot be executed without self-reflection and self-awareness. These human features are so poorly understood that AI professionals don't even talk about them.
Some authors like using terms like "low-level thinking" and "high-level thinking". But in truth, those terms have been invented solely to make people fell better about themselves - in that case, everybody thinks - at some level. In reality, "low-level thinking" is not thinking but just a combination of stimuli and reactions. "High-level thinking" (also called "critical thinking -based on ability to make judgments) is just what thinking actually is.
I am not the first one who used this term, Algorithmic Thinking, but to my best knowledge I am the first one who uses this term to describe the exact current state of the field of artificial intelligence.
When people use their pattern recognition device, also called “a brain”, to recognize various patterns (audio, visual, textual, numerical/data) and describe those patterns in symbols (audio, visual, textual, numerical/data), they always create an algorithm:
1. they classify information they receive based on criteria they set (starting from the importance);
2. they design a set of operations for collecting, analyzing, and – as the most important result of any algorithm – utilizing information – exactly in accordance with the broad definition of it.

As a professional who taught several thousand students and trained several hundred school teachers, I can assure everyone that Algorithmic Intelligence is a thing – it exists (or not – depending on the background of a student), it can be developed, trained, and it represents an important part of a scientific thinking (also, "What is so special about being a scientists?")
In the past, all algorithms have been written by people and executed by machines (e.g. computers).
But nowadays, using neural networks that represent a tiny and hugely degraded model of a brain, AI professionals designed machines that – after they are properly trained by a human - can themselves build limited algorithms for recognizing certain patterns and designing follow-up algorithms.
That is all AI can do today.
This is not a small achievement; AI professionals have spent decades to get to this point.
But this is not even close to having developed an actual artificial intelligence.
Unfortunately, AI marketologists still keep pushing it as an actual artificial intelligence.
This marketing strategy is simply not wise.
99 % of common folks when they hear “AI” immediately start imagining “The Terminator”. 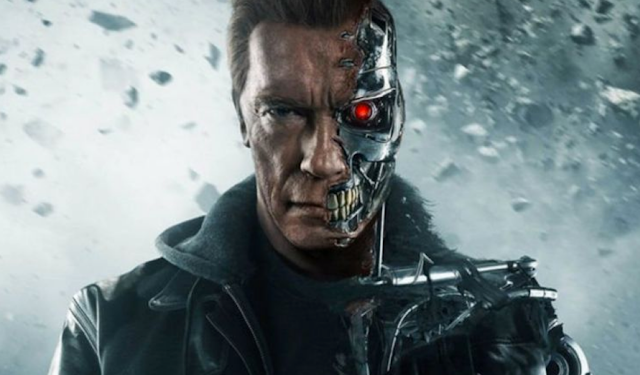 And then to sell them an AI device/system marketologists have to explain clients: “No, it cannot think; no, it cannot kill you; it is just a computer pattern recognition system with limited self-adjusting abilities (or CPRSwLSAA) that can process your data stream and help you to classify it”.
On the other hand, everyone knows, or at least heard of, algorithms.
Hence, calling AI “Algorithmic Intelligence” is not just the right thing to do because that is what it currently is; but also, it’s good for business.
And I’m pretty sure, relatively soon someone who has read this post will begin using this new meaning of AI as a marketing tool.
You’re welcome.
To continue the discussion follow to "Four Levels of AI" (you will find there some fresh thoughts on the matter).
N.B. Want to test your "I"? Check this out!
By Dr. Valentin Voroshilov at July 25, 2019